It’s not every day we have an eclipse. A total solar eclipse August 21, 2017, highlighted part of the day for residents in states like Oregon, Idaho, and South Carolina. Even the partial eclipse was visible to everyone in North America! People in certain parts of Africa, Europe, and South America also were treated to its spectacular view.

Eclipse parties, picnics, and campouts created a variety of excitement. Roadways and highways resembled the chaotic traffic normally associated with professional games, big-name concerts, and the first idyllic beach day of the season.

NASA is always a good site to visit for space information and guidelines. If you or the kids missed the action, visit this page for an update. 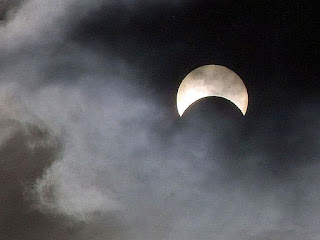 The Solar Dynamics Observatory (SDO), operated by NASA, was launched in 2010. It records events including picture dialogues during its annual two short eclipse seasons, about three weeks each. Its view of the sun is blocked by Earth at different times during the day. SDO’s orbit, however, reduces most interference.

Some sunlight leaks through Earth’s atmosphere when it blocks the sun, making a fuzzy shadow of the planet’s boundaries. The moon lacks an atmosphere, so its curved shape is clean and clear when its eclipse of the sun is seen from SDO.


On March 11, 2013, Earth eclipsed the sun approximately 1.5 hours. Shortly afterwards, a partial eclipse was created as the moon moved in front of the sun for just over an hour. Two separate objects blocking the sun’s light in such a close amount of time is an amazing experience! 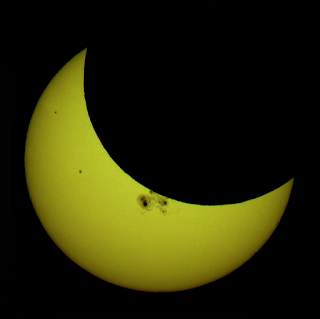 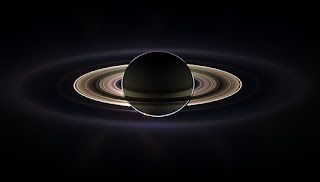 Here's Saturn eclipsing the sun. The spacecraft Cassini got the shot September15, 2006. The various rings of Saturn are quite intriguing.

In our part of Nevada, we had a partial eclipse and an amazing reduction of natural sunlight. It was fun to stand in the shade of the tall fruitless mulberry tree and peer through the leaves wearing my “eclipse gazers”. How did you and your family observe this wonder of nature?