Nature Continues to Amaze Me


Human-designed works of wonder like SmartPhones and iPhones are impressive. I marvel at their ability to hold calendars, show my emails, and let me text someone thousands of miles away and know the message will be received within seconds of pressing SEND. Amazingly, those are just a few of the features!

Photo technology provides a way to record some of the most amazing displays of nature. The blood moon was amazing as it hovered in the sky the other night. Seeing it in person was a privilege given by the powers that be to all life in certain parts of the world. The view is different depending on where a person lives and what things get in the way, such as tall trees, sweeping mountains, and mighty buildings designed to meet the visions of architects. 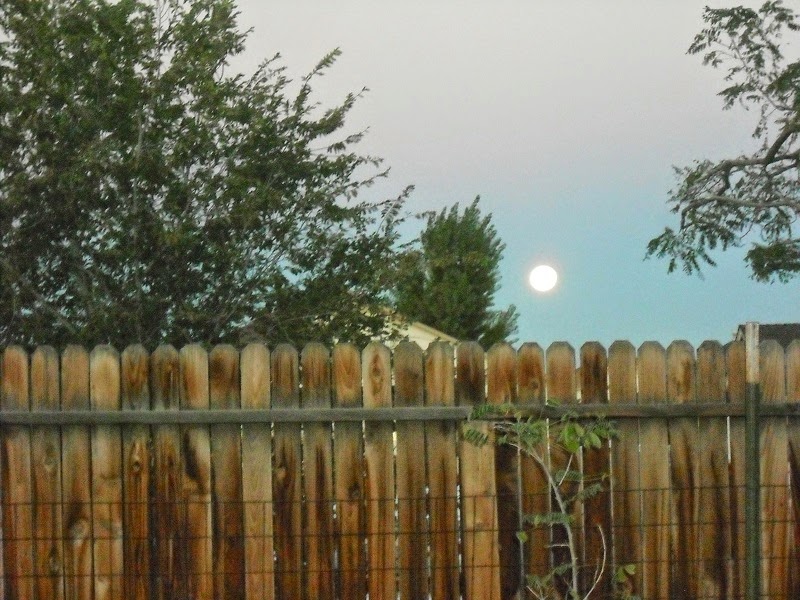 This sight of the moon as I looked out the back door in the early morning called to be memorized and revisited now and then. The impressive moon of October 7 2014 still had the power to inspire me in the early morning of October 8 as it clung to its place in the sky before the sun took its place in the heavens.
Did you get to see this spectacular display? What natural or technical marvel impresses you at times?
Posted by Lori Gunn at 9:15 AM